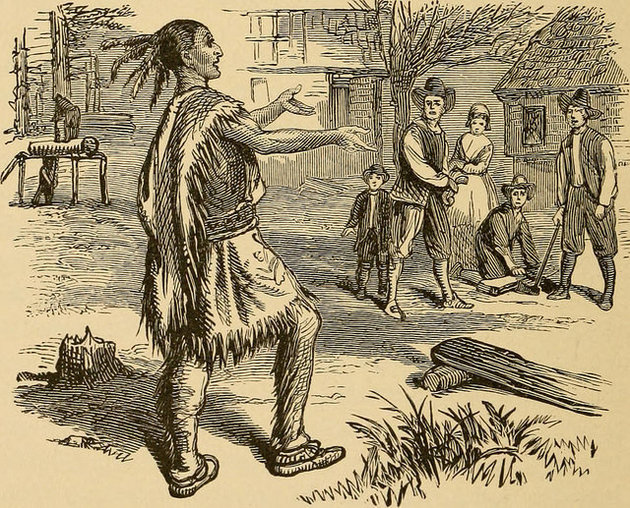 Back in the 17th-century territory of what is now Massachusetts, many Puritans families struggled to survive in the wild, unpredictable conditions of the new world. One of their greatest fears, aside from starvation, was the threat of Native Americans who were known to wreak havoc on colonial homesteads and slaughter or abduct anyone who fell in their path. Hannah Duston experienced exactly this nightmare when her farm was attacked by the fearsome Abenaki tribe, and life as she knew it became a distant memory. Leaving a bloody scene of destruction behind, Duston was taken prisoner by the Indians and forced to join them on a grueling journey north to Canada. The Abenaki Indians may have successfully massacred a white settlement, but they were not even remotely prepared for the savagery of a mother’s revenge. 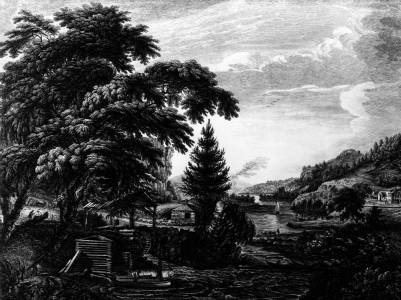 It was March 1697 when Hannah Duston’s tiny farm in colonial Massachusetts was attacked by a band of raiding Abenaki Indians. There was still snow on the ground outside Hannah’s window as she rested comfortably in her humble room, nursing her newborn baby girl Martha and talking with her midwife, Mary Neff. Instead of settling in a nearby garrison where other frontier families were protected by tall wooden walls and gates, the Duston family had chosen the freedom and independence of open land, despite its inherent dangers.

Including the new baby, Hannah had given birth to nine children, ages 3 to 18 years old, all of whom were outside playing on that fateful day. Hannah’s husband, Thomas, was in the field planning the spring harvest when he was startled by the appearance of ten Abenakis emerging from the nearby woods. Before Thomas could react, the Indians leveled their guns and began shooting. Miraculously, Thomas was not hit and was able to jump on his horse and gallop back towards the house, screaming for Hannah and Mary to run. 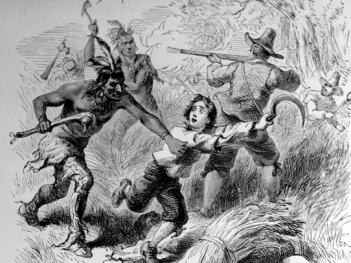 The Duston children playing in the outer field dropped their sticks, the older ones scooping up the younger ones, and began running towards the nearby garrison. Thomas stormed into the small house and shouted for the women to get out while they could. In her condition, Hannah was slow to move, but Mary quickly snatched baby Martha and ran outside. Knowing full well what was happening, Hannah yelled for her husband to save himself, save the children, and leave her. They could both hear Mary outside screaming in terror. Without time for a plan or even a goodbye, Thomas had no choice but to turn and run, jumping on his horse and riding out towards his children, leaving the helpless women behind.

Although the Indians initially tried to pursue Thomas, he was a hard target, and they soon gave up and turned their attention back to the homestead. After removing anything of value and burning down the humble house, the Abenakis took Hannah, Mary, and the baby captive, forcing them to march through the deep snow. Soon into the journey, Hannah stumbled and Martha began to cry. Before either of the women knew what was happening, an Indian wrested the baby from her arms, grabbed her by the feet, swung her through the air, and smashed her against a nearby apple tree. Too stunned and horrified to protest, the two women continued to stumble along behind their captors. 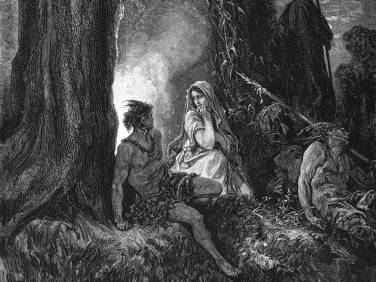 Forced to carry heavy packs, the prisoners continued to travel for twelve grueling miles through swamps and calf-deep snow. Knowing the militia would soon discover the burnt homestead and come looking for the traveling party, the Indians rushed to make decent time. They were impatient with the prisoners and quick to scalp anyone who lagged or cried during the trip. Rather than averting her eyes, Hannah took careful note of how the Indians killed with ease, striking their victims directly in the temple before slicing around the crown of the head and ripping up the scalp.

There was also a young white boy in the party named Samuel who had been with the Indians so long he spoke their language fluently; Hannah soon befriended him and guarded his safety.

The traveling party finally stopped to camp for the night. The prisoners were exhausted, petrified, and in terrible pain from the journey. Although Hannah’s breasts were throbbing from the unused milk and her heart was searing with pain for her murdered baby, she slept like the dead. For the next fifteen days, the captors dragged the prisoners along, often forcing them to sing tribal songs while they jeered and laughed. At the end of the two weeks, the women and Samuel were parceled out to a smaller group of Indians and began making their way towards Canada.

The party of captors was considerably smaller now and consisted of only two warriors, three squaws, and seven Indian children. After another excruciating day of travel, the group rested on an island near the Merrimack River. Upon reaching Canada, Hannah and Mary were told they would be stripped naked and forced to “run the gauntlet,” a Woodland Native American tradition where captives must run between two facing lines of natives to then be hit with sticks, clubs, and stones. Hannah knew she must make an escape or die. At this point, the captors had grown careless and assuming the women were too weak to pose a threat, did not continue to guard them at night. Her chance had finally arrived. 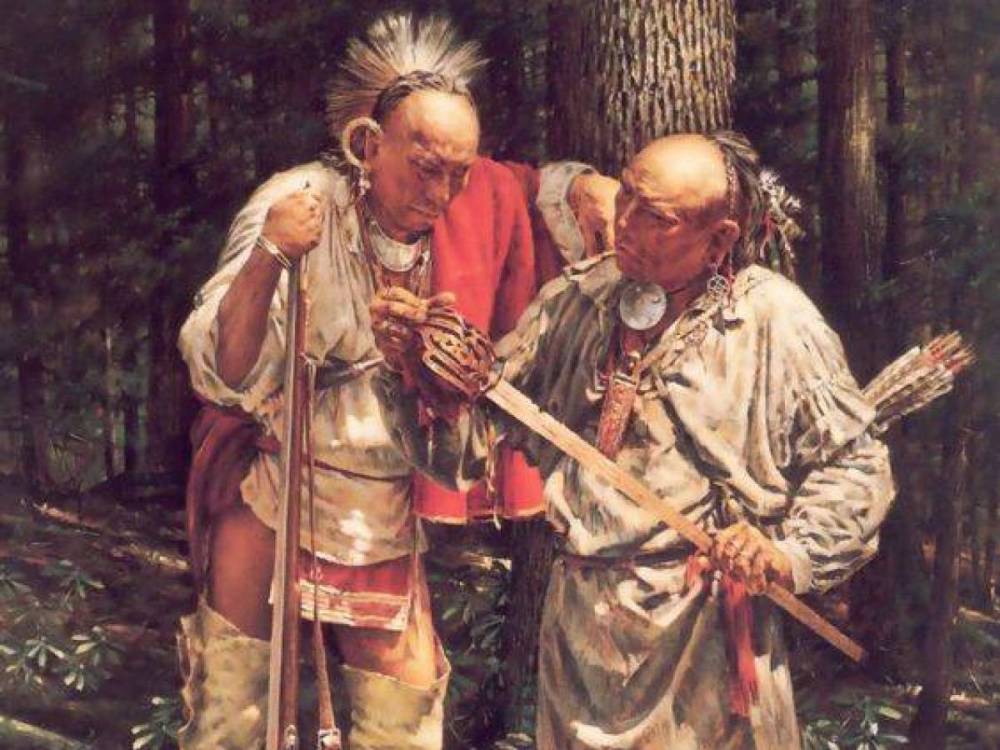 After stealing several tomahawks from her captors, Hannah convinced Mary and Samuel to follow her lead. As night fell, they readied themselves for what must be done, hoping their movements would be absorbed by the sounds of the rushing river. At midnight, Hannah and her friends surrounded the sleeping captors and began furiously chopping away with their axes. Samuel and Mary seemed shocked by their own actions and fell back immediately, but Hannah continued to raise her weapon, again and again, detached and focused on her bloody revenge. Once quiet, it became clear Mary’s squaw had escaped with a child, Samuel had killed one captor, and Hannah had successfully slaughtered the remaining nine Indians in their sleep. 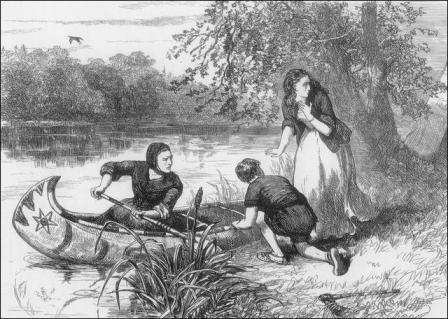 Wasting no time, Hannah gathered what food she could find, dressed them all in native clothing, grabbed a hatchet and gun, and packed the canoe while getting the others out of sight. But before escaping, she turned back to the pile of corpses and methodically scalped each one, just as she has seen them do many times. Hannah scalped all 10 Indians, six of whom were children, washed her hands, and began heading south in the canoe.

Miraculously, Hannah and her friends made it back to the Duston land without being discovered, where they found her husband and children alive and safe. The only one who had been lost to the tragedy was precious little Martha. The Dustons headed to Boston where they received a whopping 25 pounds for the Abenaki scalps, and Hannah’s harrowing tale was officially recorded. Mary and Samuel were given a share of the money, and Hannah and her husband purchased more land along the river. She went on to have another baby girl the following year and lived to be 90 years old. 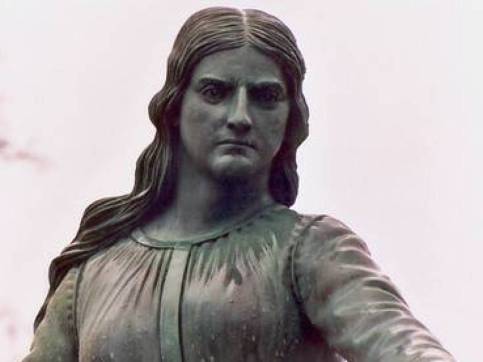 She was the first American woman to have a statue erected in her honor, where it still stands today in Haverhill, Massachusetts.