The exquisite effect of opera singers has long been appreciated throughout history, particularly by medieval Roman society who enjoyed its ability to transcend the listener. When the Pope banned women from public singing in the mid 16th century, it seemed the profession may be forever changed. And so it was for a while, as little boys were soon used to provide the precious high notes needed to complete the operatic range. But little boys eventually became men, and this was where the Romans took matters into their own hands by castrating young boys, leaving a dark legacy of beautiful, broken male performers in its wake—literal human songbirds forever caged in their own bodies—who would titillate and horrify the world with the birth of the castrati. 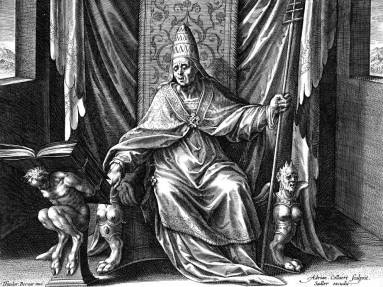 The Catholic Church was always a patriarchal structure that never allowed women to sing in any kind of religious settings. The story of the castrati began in 1588 when the Pope Sixtus V took the ban even further by restricting them from singing on any kind of stage, period. This posed a major problem for the world of opera, however, as female sopranos were particularly essential to the art. Everyone knew young boys could not carry the role, as their immature voices would soon crack and lower as they approached manhood. What soon began was the manipulation of nature, a deviant process of castrating promising young boys at just the right time to stunt their vocal cords and capture their high, youthful voices–forever. 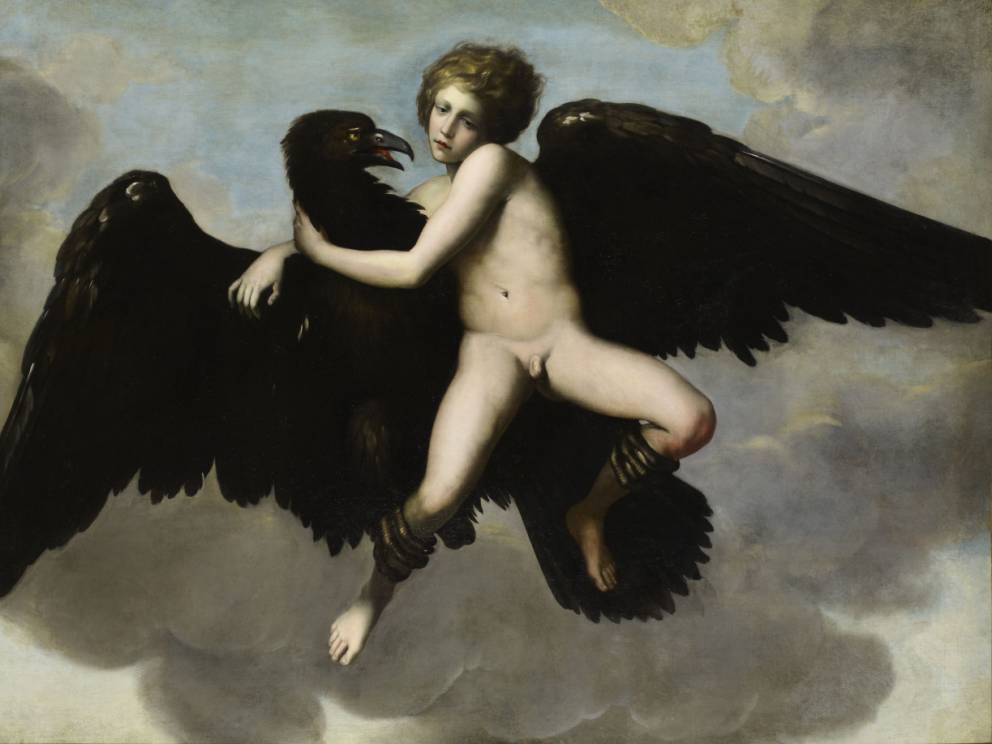 Creating young eunuchs was the ideal way to harness the pitch and power of an adult voice while not compromising the ethereal, light, and strangely disembodied sound of a youth. It was a true artistic hybrid. Italian boys with gifted voices were taken to back-alley surgeons who would heavily sedate their subjects with opium and place them in a hot bath where they could permanently prevent their impending manhood. The expert would snip the ducts leading to the testicles, which would then wither over time and leave the boys in a state of perpetual boyhood. By the early 1700s, it is estimated over 4,000 young men a year received the operation, and only 80 percent of them survived. 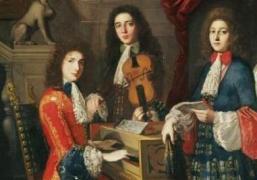 As the bodies of the castrati grew, a lack of testosterone restricted their bone joints from hardening in the normal way which meant the limbs of the singers often grew unusually long, giving them a seraphic look. This, combined with intensive vocal training, gave them unrivaled lung power and breath capacity. Singing through small, child-sized vocal cords, their voices were also extraordinarily flexible and quite different from the equivalent voice of an adult female. And because their vocal range was higher than that of a normal adult male, the castrati were situated in an artistic class by themselves. 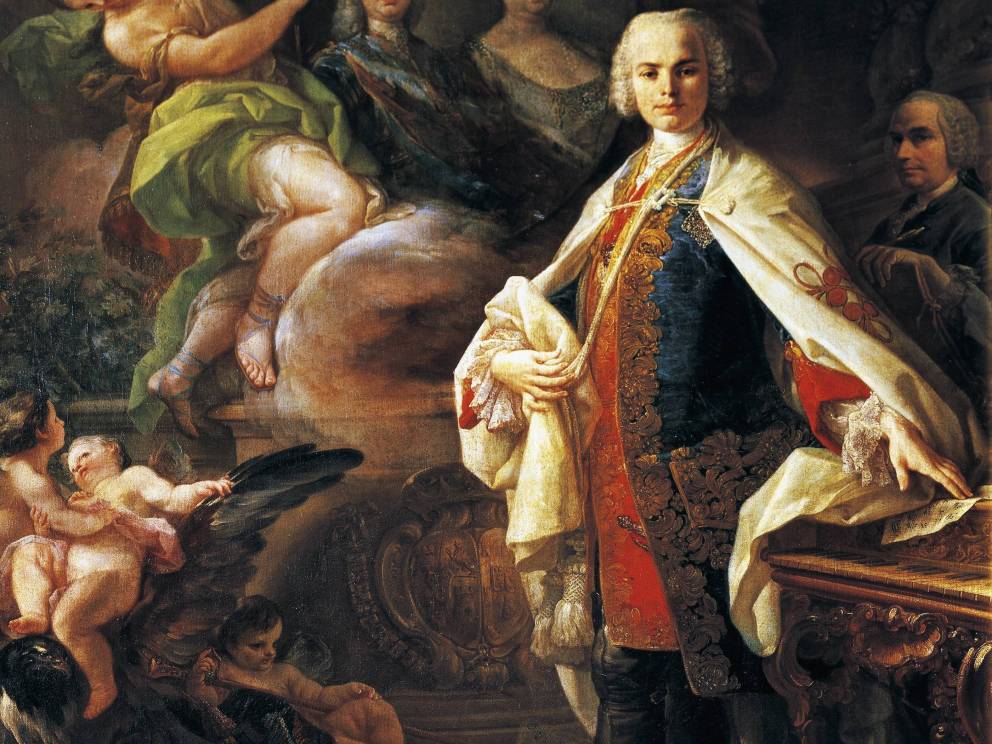 Creating a castrato singer was not an exact science, as young boys developed at varying rates. The effects of castration on their physical development were notoriously erratic and depended greatly on the timing of the operation. Boys “pruned” before the age of ten or so very often grew up with feminine features and smooth, hairless bodies; they sometimes even developed incipient breasts. But those castrated after the age of ten, as puberty neared, would continue to physically develop and could often perform sexually and even sustain an erection.

Because male castrati could not procreate, European women of high society found them to be particularly attractive partners for discreet affairs and dalliances. This unique role as somehow erotically male yet devoid of natural function drove many women wild, and castrati began to develop the widespread reputation of having enhanced sexual prowess due to their lack of sensation and increased stamina.

English women were particularly susceptible to the charms of Italian eunuchs, as they often made clever use of their delicate, feminine features. Arriving at polite parties, the castrati could easily pass for female, thus able to conduct naughty trysts with different women right under the noses of their watching husbands. Although the young men were normally forbidden to marry by the Church, they would occasionally receive special legal dispensation and often flounced around the streets of Rome, tying their hair in coquettish styles and plumping their chests in alluring brassieres, ready to serve as either a man or a woman.

As Casanova once said, “Rome forces every man to become a pederast,” and it was never more true than in the case of the castrati. They lived outside the scope of normal gender, creating a sexual temptation for both men and women who fantasized about unconventional ways to find pleasure. As women, they were masquerading, and as men, they were incomplete. Their human existence was suspended in a perpetual state of pandemonium, of contrived conflict, as they had been forever relegated to a state of contradiction, in both body and mind. 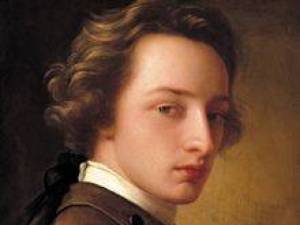 Despite the massive numbers of young boys who were subjected to this type of castration, only a lucky few actually made it to the big time. When they did, their careers resembled that of a rock star, touring the great opera houses of Europe from Madrid to Moscow, commanding fabulous fees, and bringing both male and female admirers to their knees.

The invasive procedure of castration in the name of art was finally banned in the early 19th century; however, Italian doctors continued to create castrati until 1870 for revered performances at the Sistine Chapel. Nothing seemed to capture the exquisite sensation of God and the ethereal more than the pure, crystallized voice of the castrati. The Italians and the Catholic Church had been mesmerized by them for the past 300 years, and it was not an easy habit to break.

Known as the very last of his breed, Alessandro Moreschi performed as a castrato until his death in 1922. The operation had been banned for some years when his procedure was performed in 1865, yet he went on to have an illustrious career. After a recording pioneer discovered him in the Vatican Palace, Moreschi collaborated on the most contemporary castrato recording to date. Although sneeringly referred to by some as “Pavarotti on helium,” Moreschi’s voice offered the taste of a time when the lives of young boys were nothing more than a tool for transcendence.

With all the glamour, attention, and fame the castrati often found, it was easy to forget these performers were just children when they were castrated, likely not even old enough to understand the implications of the experience. They were victims of a selfishly-motivated society where the pursuit of art and a closer proximity to the sublime was more valuable than life itself.