“Despite rigid prohibitions, voodoo was indeed one of the few areas of totally autonomous activity for the African slaves. As a religion and a vital spiritual force, it was a source of psychological liberation in that it enabled them to express and reaffirm that self-existence they objectively recognized through their own labor . . . Voodoo further enabled the slaves to break away psychologically form the very real and concrete chains of slavery and to see themselves as independent beings; in short it gave them a sense of human dignity and enabled them to survive.”

The word “voodoo” carries with it some pretty dark images of zombies, bleeding chickens, and pin-stuck figurines, but what it also carries is a history rich with spirituality, suffering, and misrepresentation. As a religion, voodoo was once a supreme belief system for many, brought about through a trust in the old ways and a confrontation with the unknown. What it became over time was something much deeper, darker, and more complex than most knew possible—the culmination of an extreme African diaspora and the cultural evolution it demanded. Like a rich southern stew, voodoo has many different flavors, all of which reflect its fiery background and overarching desire to find ritual, divinity, and understanding in a world full of darkness.

Depending on where it is practiced, voodoo goes by different names and is an intensely syncretic religion that folds many perspectives and periods of history into its belief system. The top deity of voodoo is Bondye who has seemingly lost interest in the world he created, thus forcing his people to seek other powerful spirits in the world known as loa who will watch over them. The loa can take many forms from plants to poison to snakes to the color green and are revered through animism, or the belief that all things have power. Regardless of shape, the loa have varying kinds of energy and expectation; some are benevolent, some are not. It is up to the practitioner to find their own moral nature as it relates to these forces of both darkness and light.

Many people say voodoo is more than just a belief, it is a way of life that encompasses an assortment of cultural elements, personal creeds, and practices, including an elaborate system of folk medicine, proverbs, stories, and songs. To follow voodoo is to believe in a universal energy that can transcend one’s soul from the body during dreams and spirit possessions. Historically, Christians always believed possessions to be related to evil; however, voodoo embraces such relations with the spirit world and invites them whenever possible. 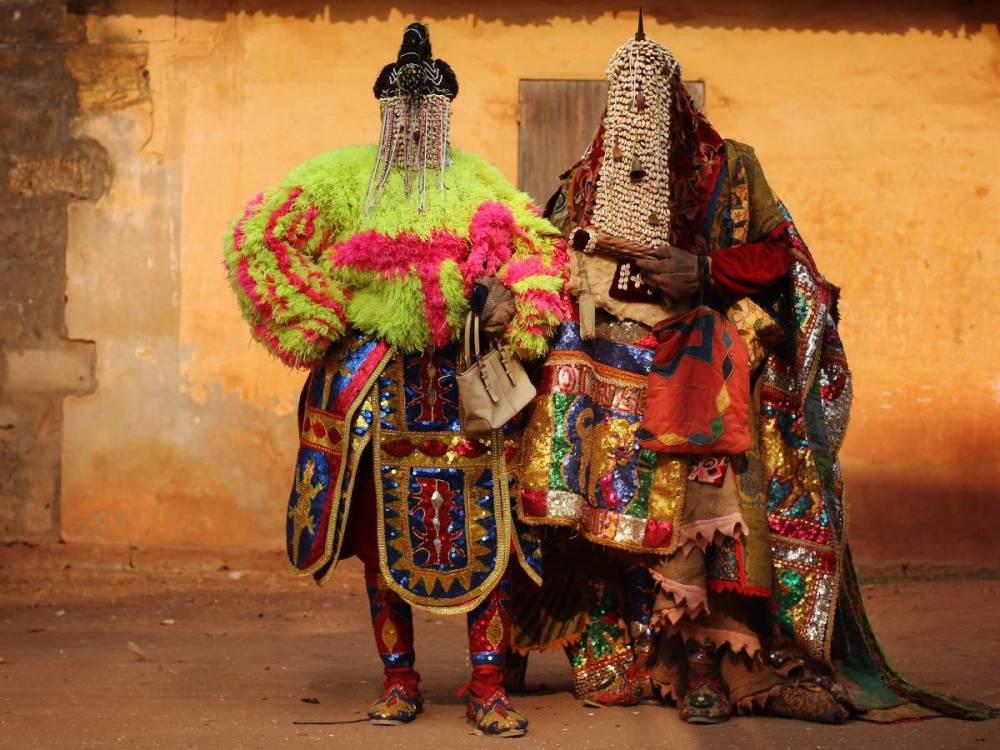 Known as vodun in West Africa where it originated, the term describes a religion that formed when slaves were forced to combine elements of their regional beliefs with the Catholicism being imposed upon them by invading Europeans. In 1685, the law forbade the practice of native religions and required all masters to christen their slaves immediately upon purchase. Because slavery was condoned by the Catholic Church as a tool for converting Africans to morally upright Christians, many of the pagan deities associated with voodoo became inextricably intertwined with the saints. West African vodun celebrations still reflect the unusual merging of these two divergent religions and echo the sentiments of a culture that was forced to accommodate unwelcome elements into their ancient way of life. 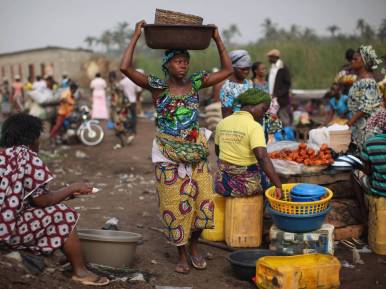 Although many people across West Africa still practice vodun today, it is officially the national religion in a peaceful country known as Benin, situated between Nigeria and Togo. In the small town of Ouidah, for one week in every January, rich and poor, priests and dignitaries, as well as many visitors come together to commemorate the estimated 60 million people who lost their homeland and their freedom during the African slave trade.

The Benin vodun festival includes traditional dance, animal sacrifices, bloody offerings to the spirits, and even scenes of waking trances. People carve figurines of those they love or fear and use them in various ceremonies to expel their feelings and find emotional release. Many drink gin, visit the different fetish merchants selling dried lizards and dead birds; discuss practices with those in the community, and dance like their lives depend upon it. People put their heart and soul into creating colorful, expressive costumes that portray the religion as a spiritual and meaningful practice.

Around 1720, when African slaves were exported against their will to other continents like Haiti, voodoo followed in the hearts and minds of those who suffered greatly under the yoke of bondage. The dark, disturbing elements sometimes apparent in voodoo were representative of a race who had endured unimaginable pain and lamentation, who had lost their loved ones, their home, and their freedom. Spiritually, vodun developed differently when it left Africa, mirroring the torment and anguish felt by those who sang its songs. In Haiti, it became known as vodou, a spiritual force that bolstered the slaves through tremendous hardship. Vodou was, in fact, the propelling force behind the infamous slave revolts of the early 1800s that would eventually push the French from the island.

Similar to the vodun celebration in Benin, there is an annual event in Cape Haitian called the Plaine du Nord Festival–a ritualistic ceremony that allows practitioners to explore the darkness of their past while sending a message of hope to the future. Compared to the quainter expressions of West Africa where people carve intricate wooden dolls and don vibrant outfits, vodou demonstrations in Haiti are decidedly darker and reflective of a human experience rife with profound pain and ongoing struggles.

Practitioners serve the spirits and the loa through ritual ceremonies that honor the mysterious, unexplainable forces or powers that govern the world, the same ones that once ripped them from their homeland, and the lives of those who now must reside within it. 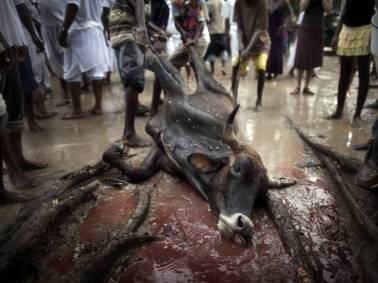 Thousands of people fill the streets of Haiti to pray and “baptize” themselves in a sacred pool of mud symbolic of history’s lowest depths. On Easter Sunday, they cathartically call the spirits forth while wearing all white, sacrificing animals like goats, chickens, and cows and soak themselves in their blood–sometimes mixing it with rum and drinking it. Just as their ancestors were forced to stare directly into the evil eye of slavery, practitioners of voodoo must embrace the inevitability of suffering and welcome the darkness as a way to accept the horrors of the past and find hope for the future. 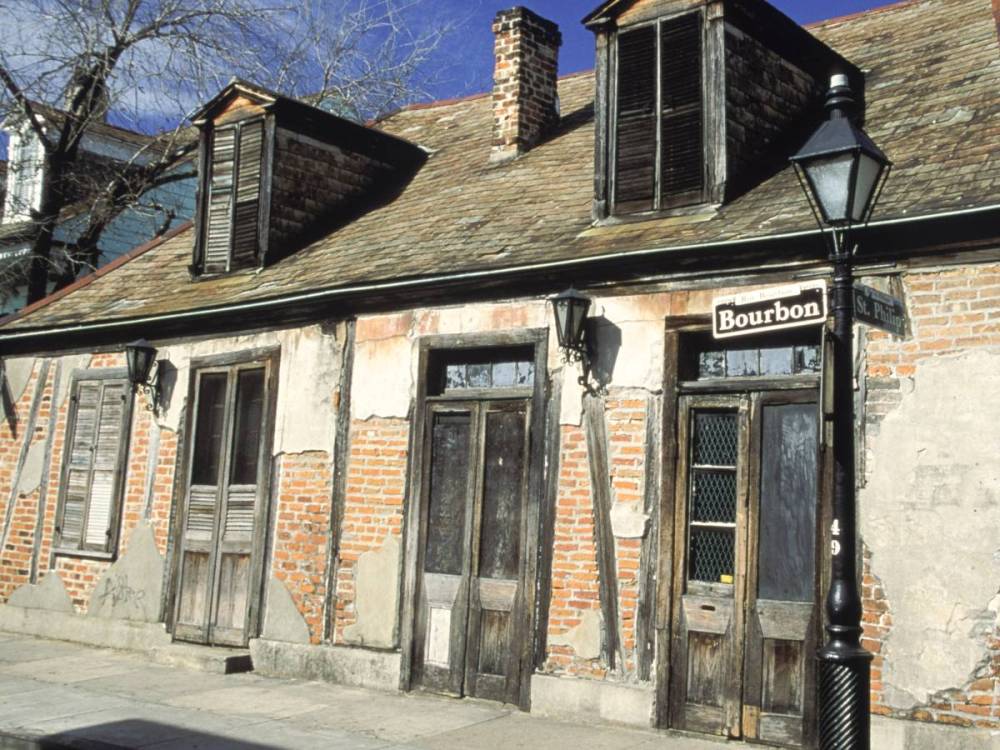 The vicious cycle of slavery continued even after the French left Haiti, taking root in the fresh territory of New Orleans. The colonists who had survived the uprisings in Haiti fled to what is now the French Quarter, often bringing their slaves with them. It was through these French-owned Africans that the legacy of voodoo found its way into the area, even though the “old ways” could be seen in slave barrack across the American south. Although voodoo began to take root once again in New Orleans and was widely practiced until 1791, it was violently suppressed by dominant society at that point, lessening its strength and potency as compared to Haiti. It was only in the 19th-century that voodoo practices were eventually codified once again.

Throughout history, voodoo has spread to other nations including the Caribbean, as well as North and South America. Although it is now considered a legitimate religion in both Benin and Haiti, it is still wildly misunderstood, especially given its inaccurate and sensationalized portrayal by the media. Predominant society has been mostly titillated by images of bloody animals and zombie dances, rather than interested in understanding the cultural significance associated with these rituals or the deep historic pain they represent.

Given its dark, expressive nature, many are surprised to learn that voodoo is ultimately about hope and finding positivity for the future. As a slave, it may have been used as an expression of sorrow, grief, and anguish, but it was always intended to bring comfort and acceptance to those who believed. You must embrace the dark in order to find the light, as they are forever linked together, and in that way, voodoo is an accurate portrayal of life’s complexity. At a recent celebration in Benin, when a contemplative man was asked what he hoped to gain from the spirits, he replied, “Today, we ask for peace.”