Often called “The Fairy Tale King,” Ludwig II of Bavaria, who ruled from 1864 until his death in 1886, was the favorite cousin of the famous Empress Elizabeth and became known by the impressive castles he built during his short lifetime. When he was alive, his world was one of opulence and privilege, allowing him the ability to become an eccentric with a flair for spending. Ludwig also had secrets … ones that would bring about his untimely death and stop his grand lifestyle in its tracks. While many believed him crazy and insisted he killed himself, the details of his sudden death suggest otherwise. Did the spoiled, visionary king commit suicide or was he murdered by the people closest to him?

After his father’s death, young Ludwig ascended the throne at just 18 years old and became immediately embroiled in a war against Prussia. His youth and brooding good looks made him popular in Bavaria, but the young king was not interested in politics or military prowess. When Bavaria eventually lost the war, Ludwig expressed no interest in becoming part of the new German Empire. Because Bavaria had retained a degree of autonomy after the war, Ludwig was able to withdraw into a life of extravagant artistic and architectural projects. 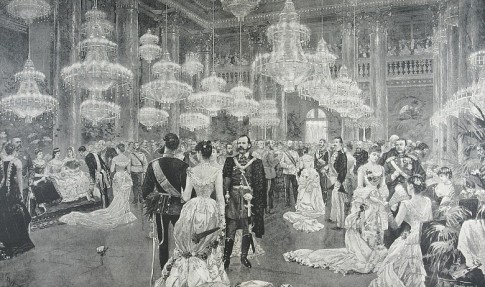 Although raised in a world of formality and tradition, Ludwig was a notable eccentric who disliked the public functions his life demanded and avoided stuffy social events at all costs. His own mother described him as creative and introverted, both of which were demonstrated first-hand through his immense love of art, music, and the wildly expensive estates he built, such as the Neuschwanstein and Linderhof Castles. But Ludwig could not necessarily afford all of these vast luxuries, and despite the warnings of his financial ministers, he often found himself in debt.

On a pleasant afternoon in June 1886, Ludwig took a stroll on the grounds of the castle with his main confidant, Dr. Gudden. Following dinner that evening around 6 p.m., Ludwig asked Gudden to accompany him on another walk along the shore of Lake Starnberg, planning to return by 8 p.m. After a two-hour search by the entire castle staff in a driving rainstorm, they finally discovered the bodies of the king and Gudden bobbing in the shallow water near the shore. No one in the area had heard any disruptions, and his mysterious death was officially ruled a suicide by drowning. But to really understand the circumstances of the king’s untimely death, it’s important to look at the events leading up to the event. 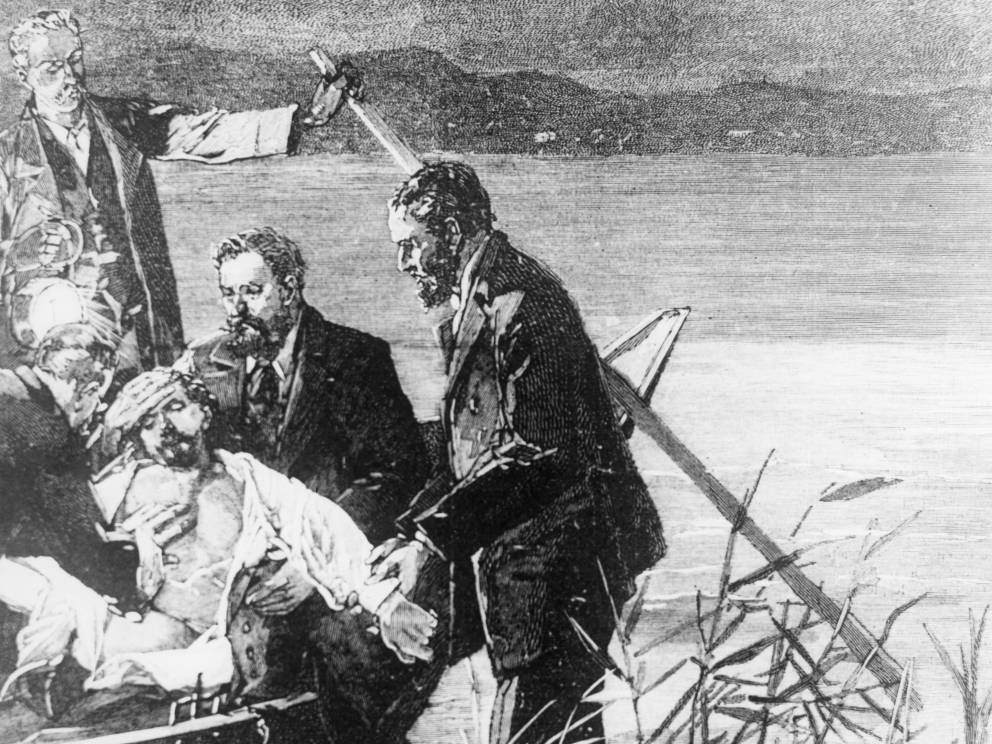 While everyone in Ludwig’s family seemed to reluctantly accept his eccentricities and outlandish spending, there were some things they simply could not ignore. Despite his position and good looks, Ludwig did not seem interested in courtship and was not an attractive candidate for marriage, partly because other royal houses feared he would spend their wealth. 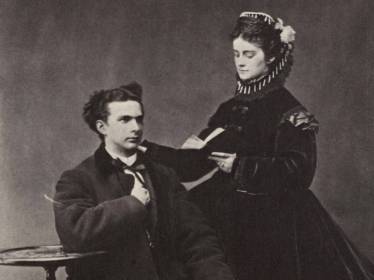 Given his role as king, the stress to produce an heir was great, and he eventually succumbed to the pressure by agreeing to marry his cousin, the Duchess of Bavaria. But Ludwig always postponed the wedding and eventually broke off the engagement much to the chagrin of his family. He struggled most of his life to suppress his homosexual tendencies and suffered in silence as his family frowned upon his lack of romantic interests.

With Ludwig’s strange personal life and lack of social and political savvy, the people around him began to criticize him even more aggressively. By 1885, the king was 14 million marks in debt, had borrowed heavily from his family, and was well on his way to starting another extravagant project. Feeling harassed and irritated by the admonitions of his ministers, he considered replacing the entire cabinet. It was at this point that his ministers decided to depose Ludwig by constitutional means and find a way to remove him from power before he did further damage to his legacy.

Embarrassed by his debts and unconventional lifestyle, his family decided to enlist a team of psychiatric experts to declare him insane. The lavishness of his surroundings seemed to be proof of his inability to make sane, rational, choices. Based on the findings of these doctors, Ludwig was established as being unfit to rule, a decision that led to the unraveling of his monarchy.

King Ludwig had now been declared insane by his family, doctors, and ministers and was on his way to losing his crown. Just before he was found dead in the lake, Ludwig would face his biggest challenge as the king—his own capture and deposition. At 4 a.m. in June 1886, a group of commissioned men arrived at Neuschwanstein castle to deliver the necessary documents and place Ludwig in custody. Thanks to a tip from a faithful servant, the king was able to employ the police to head off the commissioners and stall the process, but they eventually caught up with Ludwig when he refused to flee and transported him off to Berg Castle on the shores of Lake Starnberg. There, he would be found dead two days later.

Although Ludwig’s death was quickly ruled a suicide by drowning, the official autopsy indicated there was no water found in his lungs. He was known to be a strong swimmer, not to mention he was discovered in shallow water. Gudden’s body showed blows to the head and neck and signs of strangulation, leading to the belief that he was attacked. Many believe Ludwig was murdered by his enemies while trying to escape his prison at Berg Castle, and it has even been asserted by an eyewitness that he was shot while trying to row out to some loyalists waiting to free him from his captors. Either way, his body was quickly buried and was able to offer no further details.

In his usual fashion, Ludwig was dressed in full regalia and buried with extensive fanfare in the royal chapel in Munich. After his elaborate funeral, his remains were interred in the family crypt; however, his heart was sent separately in a silver urn to the Chapel of Mercy in Altötting, as was the Bavarian custom.

Today, people pay tribute to King Ludwig by visiting his grave and his many extraordinary castles. Although riddled with debt at the time, his castles have become extremely profitable tourist attractions for the Bavarian region and draw millions of visitors each year. 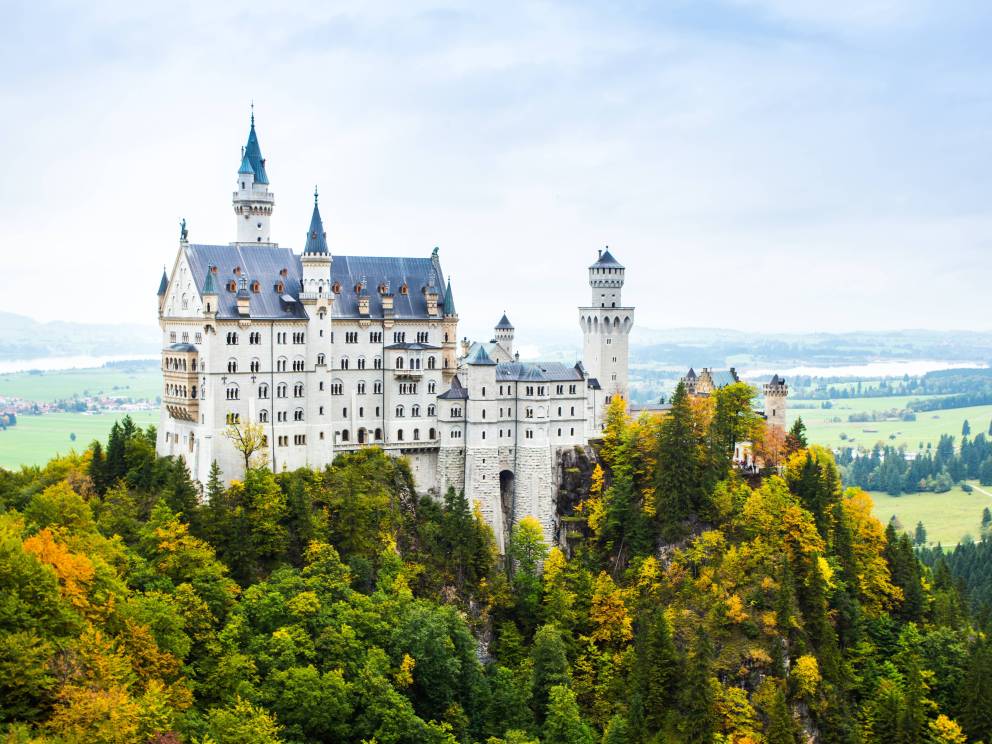